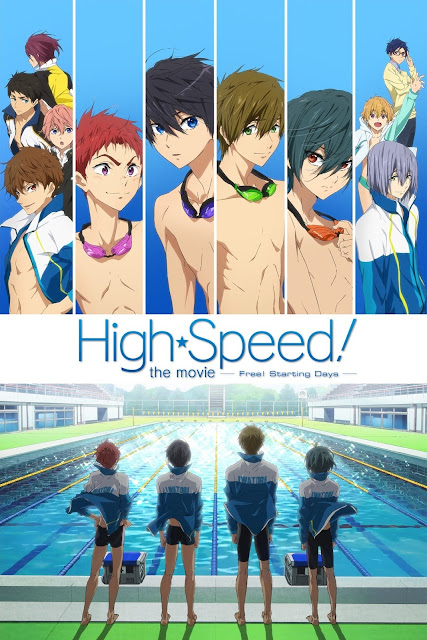 High☆Speed!: Free! Starting Days plunges into the past of the Iwatobi Swim Club members alongside their fellow swimmers and competitors.

Haruka Nanase and Makoto Tachibana have started middle school and must adjust to the changes that come along with growing up. While Makoto fits in with his classmates and remains positive about swimming, Haruka struggles to befriend others or join his school’s swim club, as his previous issues with swimming trouble him. Distancing himself from his lively classmates and the swimming club, he has difficulty deciding which club to join instead. The rest of his classmates, including Makoto, are also hesitant as to which clubs to participate in. After an argument leads them to join the swimming club anyway, the boys strive to hone their skills, harmonize their swimming styles, and refine their conflicting feelings toward swimming and each other.

As determination and talent run high, witness Haruka and Makoto—along with their classmates—discover themselves and improve their talents during their starting days.

Grave of the Fireflies