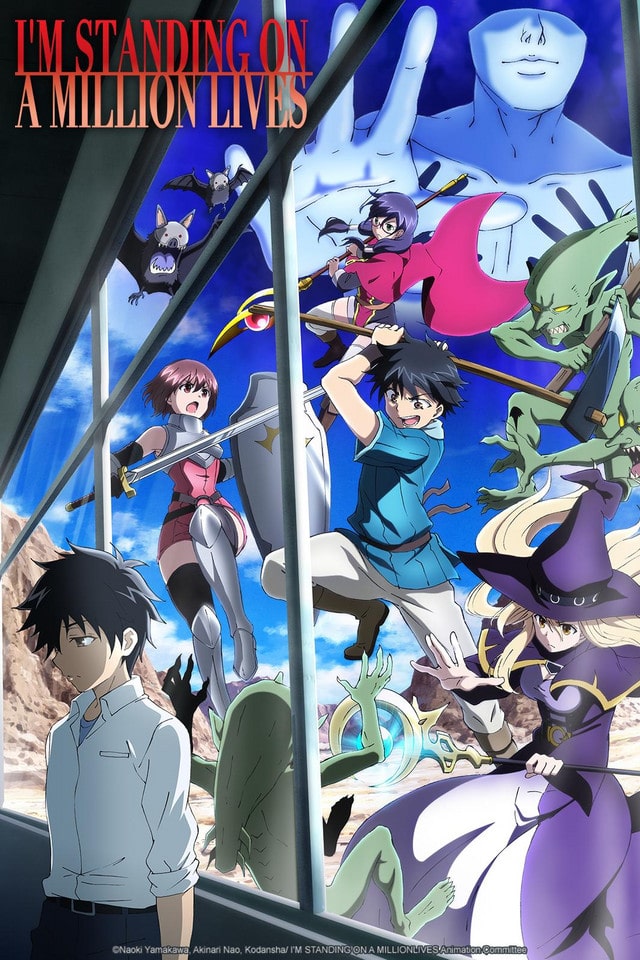 I’m Standing on a Million Lives

Aloof and logical middle school third-year Yuusuke Yotsuya is transported to a game-like alternate world. He becomes a third player and takes on a dangerous quest with his classmates Iu Shindo and Kusue Hakozaki, who were transported there earlier. The cold Yuusuke eschews emotionalism and examines all elements with detachment, sometimes even toying with the lives of his companions. Can he protect his party from attacking monsters, difficult incidents, and powerful scheming enemies and win the game?