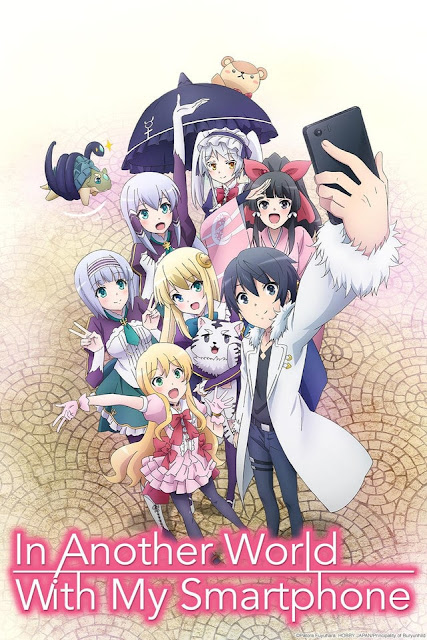 After dying as a result of God’s mistake, the main character finds himself in a parallel world, where he begins his second life. His only possessions are the body that God gave back to him and a smartphone that works even in this new world. As he meets all kinds of new people and forges new friendships, he ends up learning the secret to this world. He inherits the legacy of an ancient civilization and works together with the kings of some very laid-back countries on his carefree travels through this new world.

Alternative Titles: Isekai wa Smartphone to Tomo ni., In Another World With My Smartphone, In a Different World with a Smartphone., 異世界はスマートフォンとともに。

Eden of the East: Air Communication

MADE IN ABYSS: Journey’s Dawn