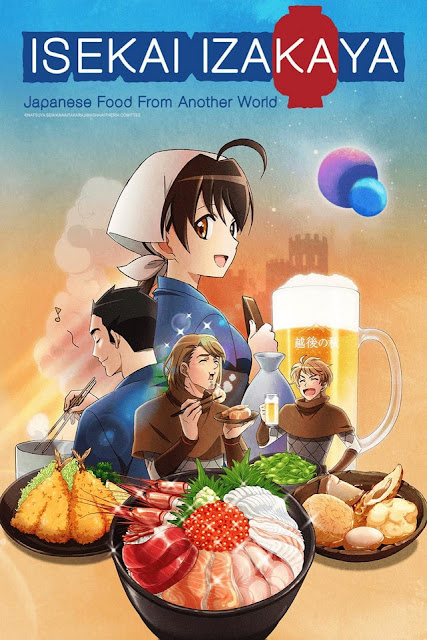 Izakaya “Nobu” is a modest establishment, staffed by only two people: master, Nobuyuki Yazawa, and server, Shinobu Senke. Despite its humble appearance, its entrance is mysteriously connected to an ancient city from another world: “Aitheria.”

Nobu’s patrons consist of lazy palace guards, incognito clergymen, and the Waterworks Guildmaster – not your average clientele! But once they enter Nobu’s doors, they are greeted with the finest alcohol and dishes the likes of which they’ve never seen. The patrons leave their troubles at the door as they call, “Give me a cold ale, master!”