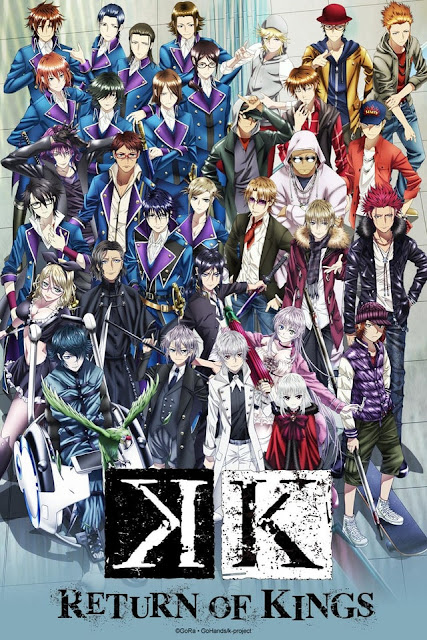 The saga continues in K RETURN OF KINGS, the newest sequel to K and its movie K MISSING KINGS from studio GoHands and GoRA Project, which follows the story of the seven kings and their clansmen. With the balance of power between the seven kings shifting once again, Silver King Yashiro Isana finally makes his return to the world, this time to face his destiny head-on!