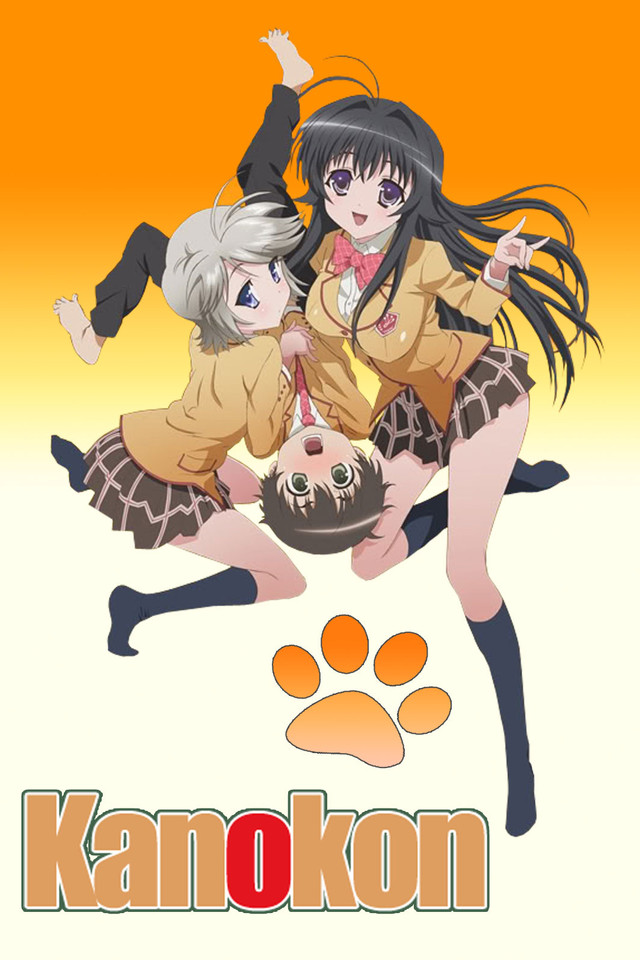 Kanokon’s story revolves around Kouta Oyamada, a young first-year high school student who moves from the country to the city and thus transfers to Kunpo High School. On his first day at his new school, a beautiful second-year female student named Chizuru Minamoto asks him to meet her alone in the music room. When he arrives, she reveals her that she is in fact a fox deity and from that day on the two hang out together. Nozomu is a first year female student at Kouta’s school, she is in fact a wolf deity and in love with Kouta, and a rival of Chizuru for Kouta’s affections.