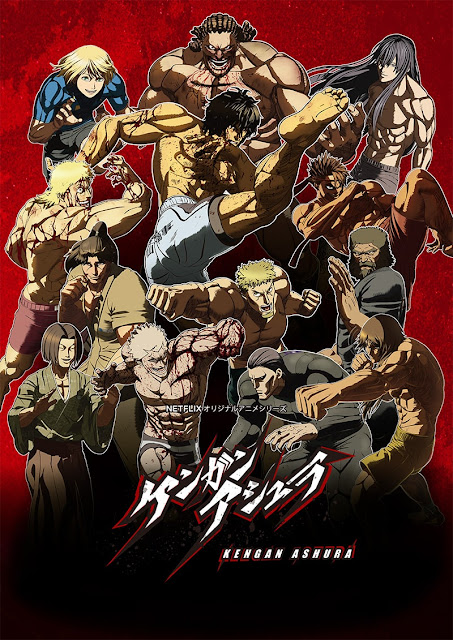 Business deals are usually made through meetings and contracts; but in the world of Kengan Ashura, businesses resort to other means to make their decisions: by hiring gladiators. Yabako Sandrovich’s Kengan Ashura depicts a world brimming with action, violence, and martial arts—one where powerful gladiators have fought in grand arenas since the Edo Period to settle the disputes of wealthy businesses and merchants.

Ouma Tokita, who is nicknamed “The Ashura,” is a fighter trying to prove himself as the strongest. Hideki Nogi, a member of the Nogi Group, hires Ouma to fight for him and makes Kazuo Yamashita, an average middle-aged man, his manager. The duo is thrown into fights facilitated by the Kengan Association. Their journey will be full of ruthless battles with other fighters aiming for the same goal. Do they have what it takes to be the best?