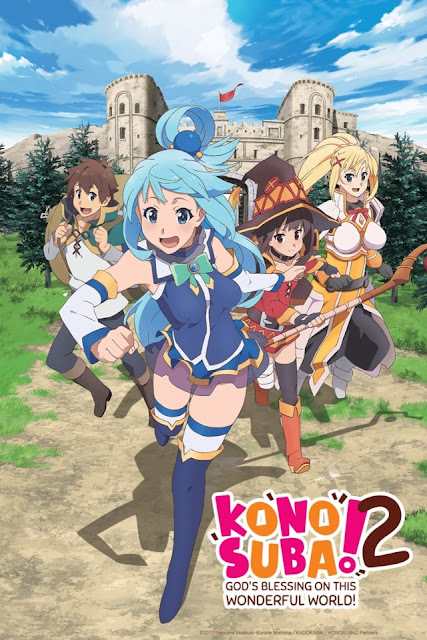 Following a tragic accident, the game-loving shut-in Satou Kazuma was reborn in a parallel world. Though his dream of enjoying a new life as an adventurer in an RPG-inspired world and striving to be a hero didn’t come true, he managed to get by in his new world. He was joined by Aqua, the goddess who accompanied him to the parallel world; Megumin, an arch wizard who can only use her magic once a day; and Darkness, a crusader whose attacks always miss. And so, along with his party of girls who have extremely advanced powers but unfortunately can’t take full advantage of them, he managed to complete some quests here and there.

Then, one day, after Kazuma’s party saved the town of Axel from the mobile fortress Destroyer, a messenger from the capital came to tell Kazuma that he was suspected of the crime of subversion to the state! Where will the ordinary adventurer Kazuma’s life in a parallel world lead him tomorrow?!

The Tower of DRUAGA -the Aegis of URUK-

Beyond the Boundary -I'LL BE HERE-: Future