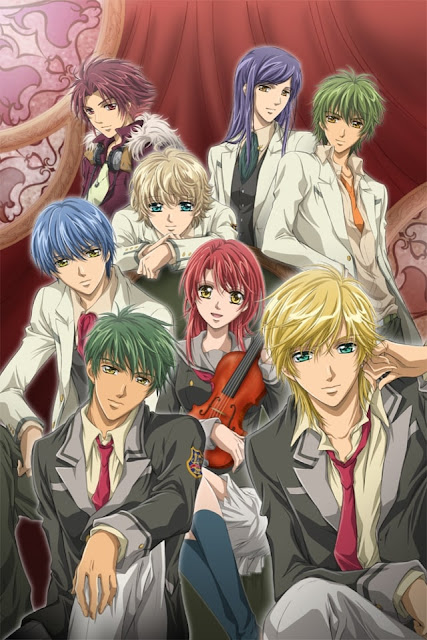 Seiso Academy is a prestigious high school that sorts students into two majors: General Studies, characterized by distinct grey uniforms, and Music Studies, characterized by pristine white uniforms. While rushing to class one morning, General Studies student Kahoko Hino has a chance encounter with Lili, a small fairy searching for someone with the ability to see her. Lili flies away, and Kahoko, puzzled by their meeting, continues on her way.

Later that day, the participants of a school-wide music competition are announced, and all of them are, unsurprisingly, Music Studies students—at least until Kahoko’s name is read out. Immediately tracking down Lili, the small fairy gifts Kahoko a magical violin and convinces her to participate in the competition.

Kiniro no Corda: Primo Passo follows Kahoko’s endeavors alongside Lili, as the young student must now face the challenges of competition and go head-to-head against her competitors while navigating a new world of classical music.