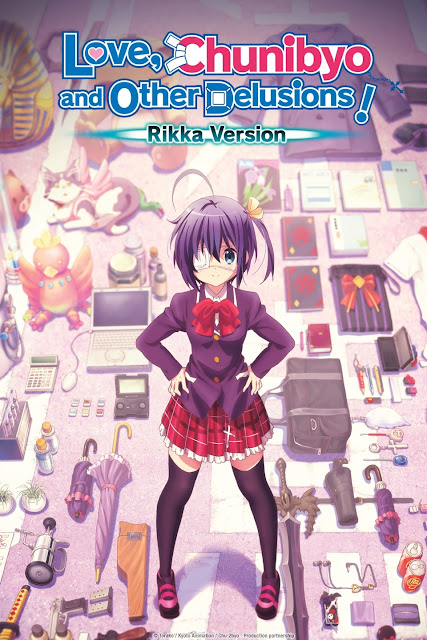 A fresh retelling of the original TV series, told from the point of view of the Tyrant Eye herself. Chunibyo, an “ailment” of flights of fancy or perceived grandeur, can often strike Japanese youth in middle school, but for high-schooler Rikka Takanashi, her battles against supernatural forces are very real. In this retelling of the original TV series, the spunky and fearless (but often clueless) Rikka brings us her own spin on the saga between herself and the former “Dark Flame Master,” Yuta.