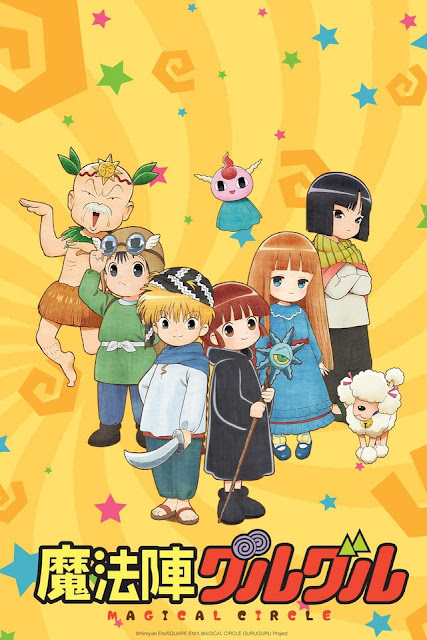 Nike, a boy from the Boering Village village, is forcefully sent along on a quest to defeat the Devil King after his Hero-worshipping parents see a posting from the king summoning potential heroes.

Following the village’s traditions, he visits the magical old lady where he is entrusted with caring for a young girl named Kukuri, who can use the mysterious Guru Guru magic. According to the old woman’s claims, Kukuri is the last survivor of the Migu Migu clan who wield Guru Guru, and she has been waiting for a Hero to appear.

It will be a journey filled with laughter, and occasional tears.  And now the classic fantasy featuring a slacker Hero and a naive young Mage begins unfold!