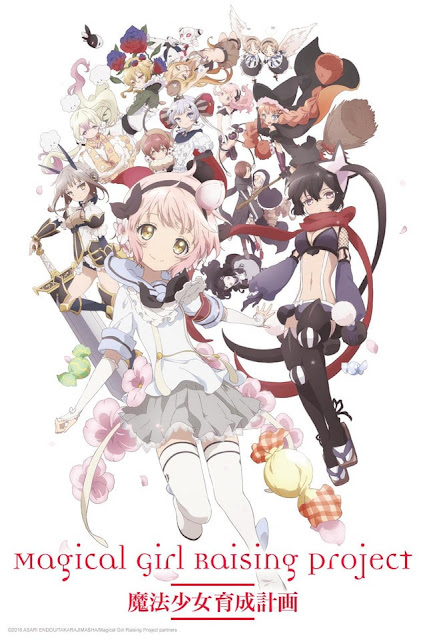 Magical Girl Raising Project is a popular social game that has an ability to grant players a 1 in 10,000 chance to become a real life Magical Girl with unique magical abilities to help people. However, at some point, Fav, the magical administrator fairy, decides to cut the population of Magical Girls in half. The game quickly changes into a twisted, wicked battlefield as the 16 magical girls get dragged into a battle for survival against each other.