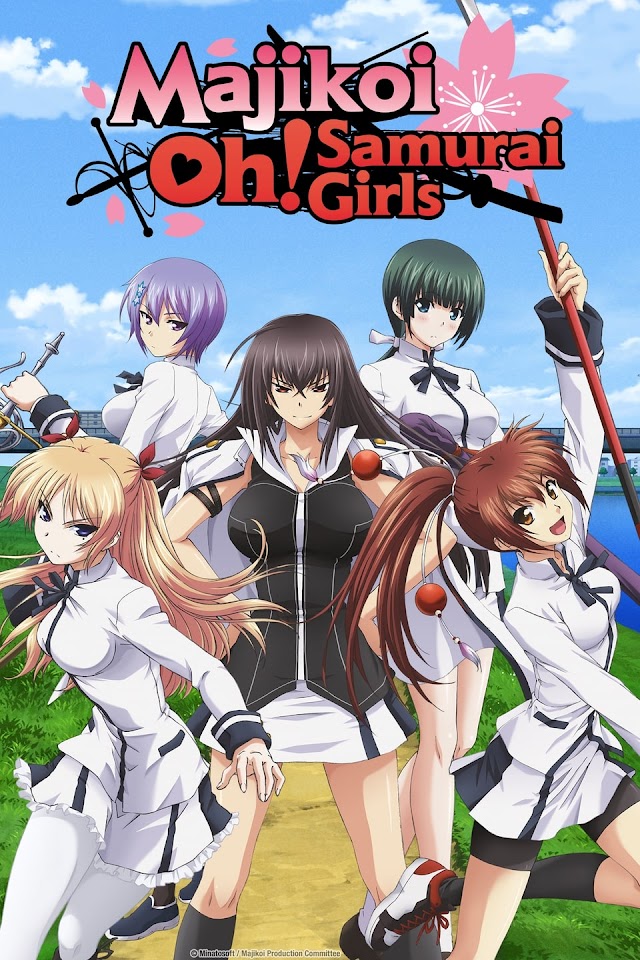 It’s one thing to honor your ancestors and keep old traditions alive, but there IS such a thing as taking it to a ridiculous extreme. In Kawakami City, having a samurai ancestor and enormous ‘fighting spirit’ isn’t just an interesting fact, it’s a huge part of how you end up being ranked on the social totem pole. That, in turn, rolls over into the school curriculum. Fortunately, that’s something the local kids like Yamato Naoe have learned to deal with by forming into small ‘bands,’ (that’s the samurai type, NOT music.)

However, while the delicate sexual balance of Yamato’s group seemed fine when there were three girls and four boys, the sudden addition of two MORE girls starts to send everything spinning out of control! Seven’s a band of samurai and nine is a riot as boys, girls and naked blades all come together in MAJIKOI ~ OH! SAMURAI GIRLS!