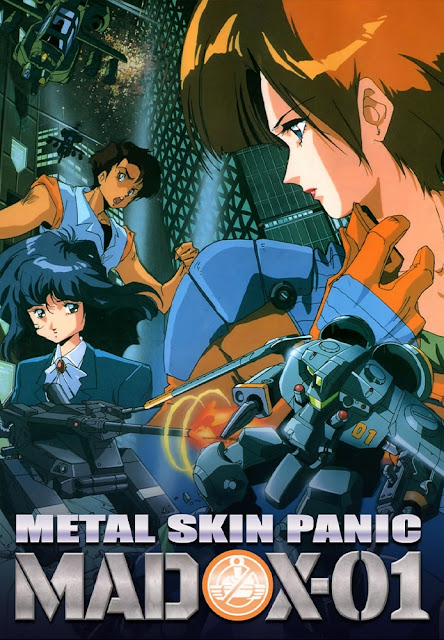 Kilgore swears he’ll get even, and he gets his chance when the prototype MADOX literally falls off the back of a truck in the middle of Tokyo.

Meanwhile, the MADOX, which fell off the back of one truck, off a bridge, and into the back of another truck, has found its way into the hands of college student Koji Sujimoto. Intruiged by the MADOX, Koji makes the big mistake of fooling with it without reading the manual first, and soon finds himself locked in the suit and zooming around downtown Tokyo.