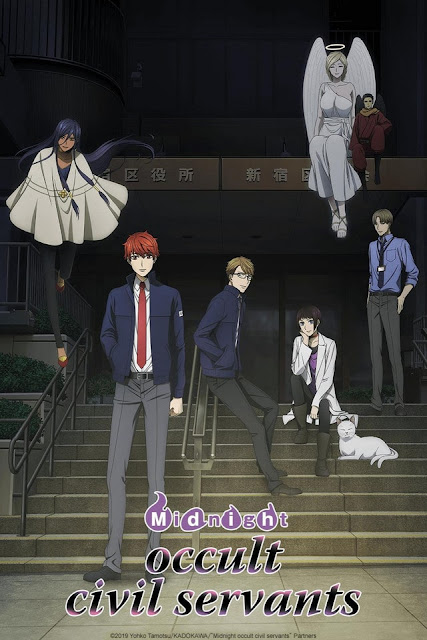 When Miyako Arata joins the Shinjuku Ward Office, he thinks he’s gotten a normal civil servant job. But it turns out he’s joined the Night Community Exchange Department, one of which operates secretly in each of Tokyo’s twenty-three ward offices. Their job is to resolve occult issues concerning non-human beings. Accompanied by his senpai and department head Sakaki Kyoichi and the occult obsessed Himeduka Theo, they work night after night, facing off with beings whose existence defies the laws of our world.