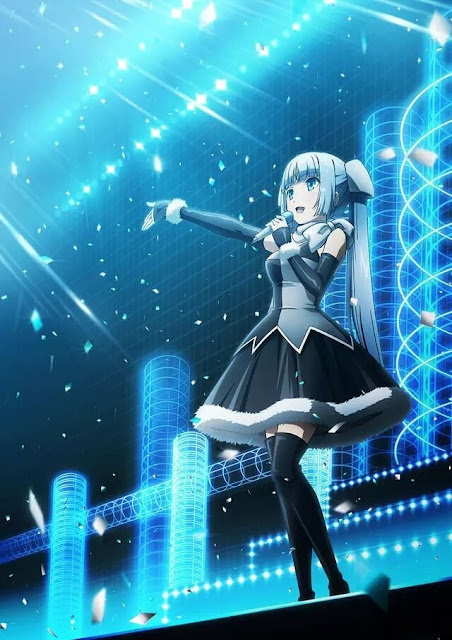 Will she ever come close to her inspiration, the forever-seventeen idol KIKUKO’S popularity?! Miss Monochrome’s boundless, tireless challenge begins once more!

Miss Monochrome is an original character both voiced and created by prolific voice actress Yui Horie, who is well-known for her work in countless anime and video games including the Fairy Tail series, Fruits Basket, the Persona series, and characters such as Minori Kushieda in Toradora!. Animation studios LIDEN FILMS and SANZIGEN return to work on the animation production, and the rest of the cast include Akemi Kanda as Miss Monochrome’s faithful servant Mana, Keiji Fujiwara as Miss Monochrome’s manager Maneo, and Kikuko Inoue as the idol whom Miss Monochrome looks up to, KIKUKO.

Arakawa Under the Bridge X Bridge

Sleepy Princess in the Demon Castle