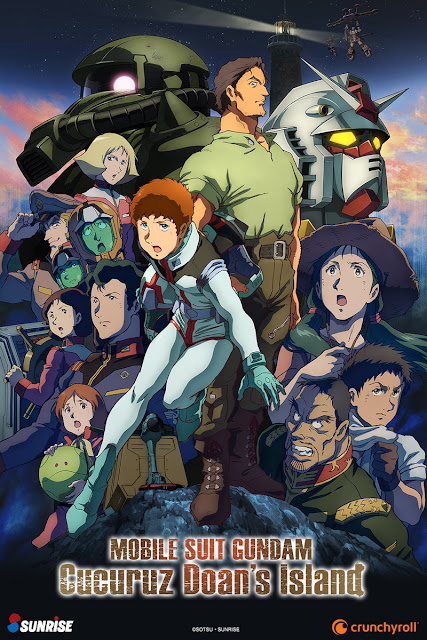 After enduring a defensive battle in Jaburo, the Earth Federation Forces plan to launch an operation to capture Odessa, the headquarters of Zeon’s Earth Attack Force. Amuro and the White Base head to Belfast to resupply before the mission. However, the White Base receives new orders; to head to an uninhabited island known as the “Island of No Return” to wipe out stragglers. Amuro sets out on the island in search of soldiers that were left behind but instead finds a group of children and a Zaku that shouldn’t be there. Losing the Gundam in a battle, Amuro meets a man who calls himself Cucuruz Doan. Uncovering the secrets of the island, can Amuro find the Gundam again and escape safely …?