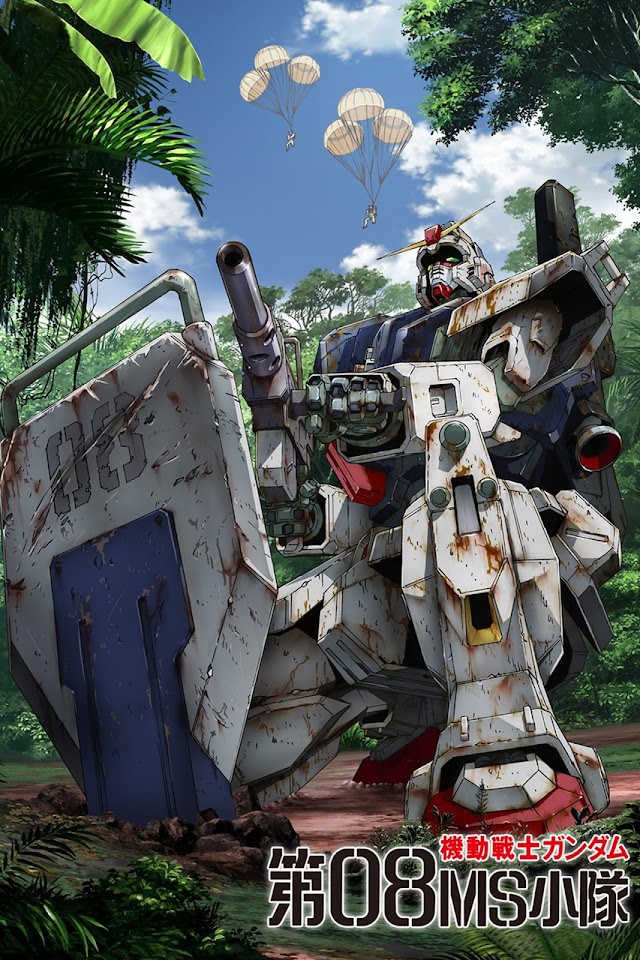 In year 0079 of the Universal Century, the Earth Federation initiates Operation Odessa—a full-scale assault to retake a major Ukrainian city from the Principality of Zeon. It is a success, and the remaining Zeon forces scatter across the globe. The Earth Federation gains the upper hand in the One Year War and deploys its ground troops around the planet to hunt down the stragglers.

As part of the deployments, Ensign Shiro Amada is transferred to Southeast Asia to take command of the 08th MS Team—a special squadron of RX-79[G] Gundam Ground Type pilots. In their first guerilla operation, Shiro’s team is tasked with distracting the Zeon forces while Federation ground troops locate a mysterious new Zeon weapon. Everything goes according to plan until Shiro runs into Aina Sahalin, an ace Zeon pilot he met in an earlier battle, during a skirmish. Their reunion weakens his resolve to continue fighting, and now the young commander Shiro must prove his loyalty to the Federation—or be branded a traitor.