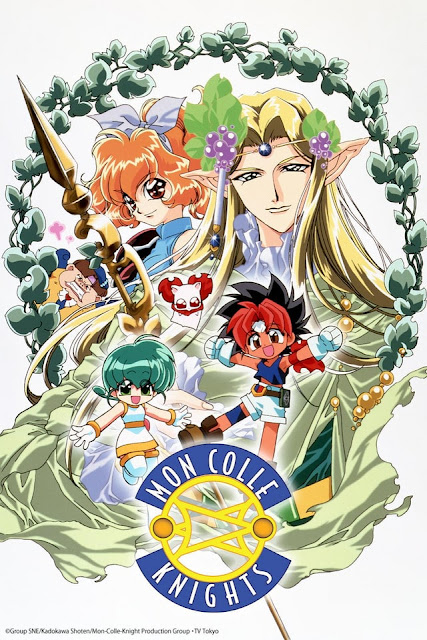 Scientist Ichiroubei Hiiragi discovers the existence of Six Gates, an otherdimensional world full of monsters and powerful hidden treasures known as Mon Mon Items. Ichiroubei embarks with his daughter, Rokuna, and her classmate, Mondo. However, they’re foiled at every turn by Count Collection and his assistants, who want the Mon Mon Items in order to conquer both worlds. Becoming the heroes known as Mon Colle Knights, Mondo and Rokuna join forces with the monsters, striking back against Count Collection while searching for the Mon Mon Items in the name of friendship between their worlds.

Ms. Vampire who lives in my neighborhood.