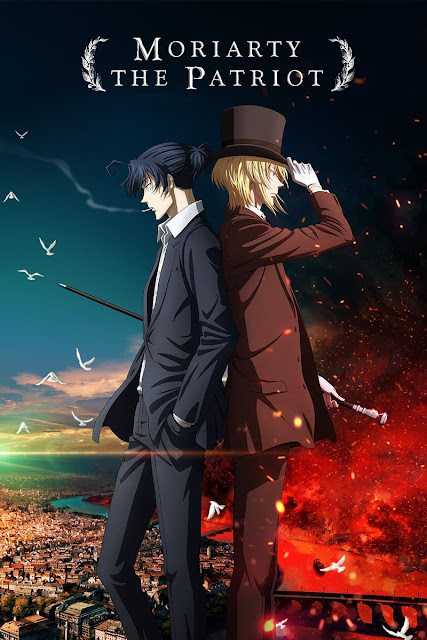 The second cour of Moriarty the Patriot.

In the late 19th century, the British Empire nobility reigns while its working class suffers at their hands. Sympathetic to their plight, William James Moriarty wants to topple it all. Frustrated by the systemic inequity, Moriarty strategizes to fix the entire nation. Not even consulting detective Sherlock Holmes can stand in his way. It’s time for crime to revolutionize the world! The story continues in Part 2.