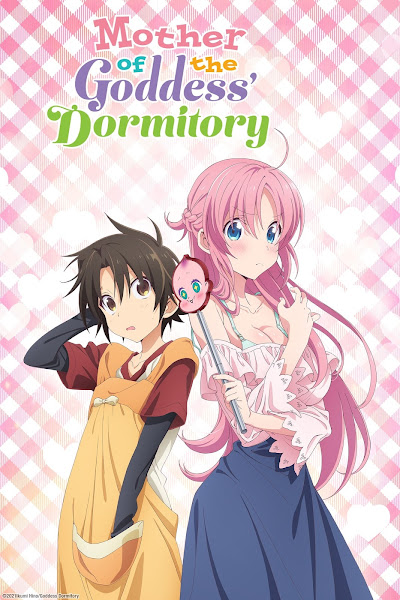 Down-on-his-luck Koushi Nagumo wanders the streets unemployed, homeless and in search of his next meal. His fortunes improve after a chance meeting with a vivacious young woman whose proposition seemingly solves nearly all his problems. Thanks to her, Koushi enters the welcoming halls of a dormitory at a women’s college… only this particular assignment is no stuffy, sleepy affair. The Goddess’ Dormitory is known for housing the college’s most unruly students! If he wants to keep a roof over his head, Koushi must become the “Dormitory Mother” charged with maintaining order and good discipline. But doing his job and keeping his sanity are no small feat with characters as endearingly eccentric and untamable as these!