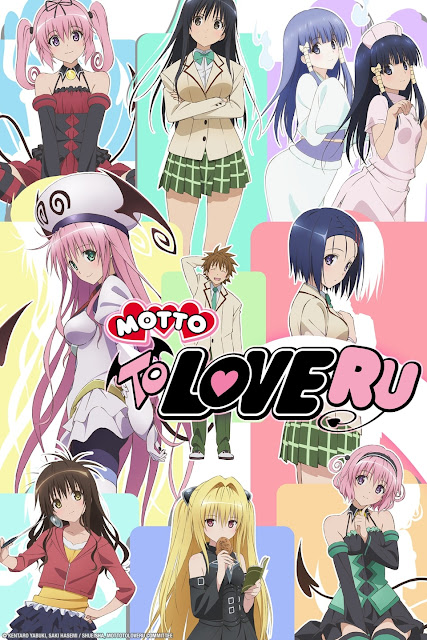 Did Riko Yuuki’s life go to hell in a handbasket when a naked alien princess from the planet Deviluke suddenly appeared in his bathtub and he found himself betrothed into the universe’s most dysfunctional romantic relationship? No, but only because he never got a damned handbasket. Even if the luscious Princess Lala is finally starting to admit her real feelings for her earthling scum significant other, there are so many other things constantly going wrong that Riko’s doing well just to survive.

Whether it’s due to bounty hunters, a defective transporter, body switches, alien skunks, mighty morphing power bathrooms, a sleepover that goes horribly, horribly wrong, or, that worst galactic scourge of all, Valentine’s Day, each day seems determined to prove why you should never, ever, marry a monster from outer space!