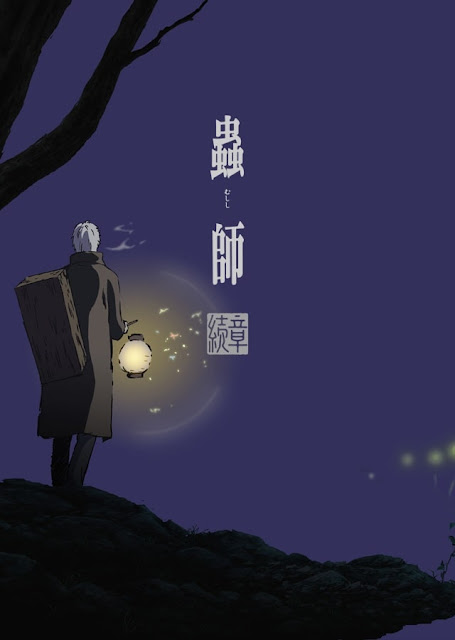 Mushi-shi Next Passage: Path of Thorns

Mysterious, unknowable creatures alien to the laws of nature—known only to some and feared by others—”Mushi” lie behind many of life’s strange phenomena.

Long ago, a Mushi of terrifying power threatened to extinguish all life. The Minai clan of Mushishi were born from those who stopped this malevolent force, their members bound by duty to serve as retainers to the Karibusa family, within whom the Mushi remains sealed. The Mushishi Ginko is given a job request from Tanyuu Karibusa: oversee the work of the head of the Minai clan, Kumado Minai, in investigating an abandoned village where dead wood and even houses spring back to life as flourishing plants.

Though the Minai clan are oddly ruthless among Mushishi, even more peculiar is their widespread dull character, with little appreciation for beauty or sentiment. Tanyuu believes there is more to this trend than meets the eye. Ginko aims to answer her curiosity as he follows Kumado into a “Path of Thorns,” a place where Mushi flow from their own strange sources into the world of the living. Rare and deadly varieties of Mushi lurk in these depths, along with the secret nature of the Minai clan’s resolve to their ancient task.