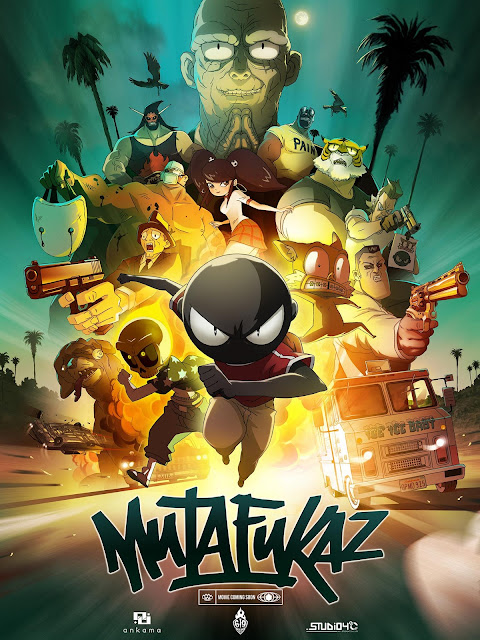 After a scooter accident provoked by a mysterious woman’s vision, Angelino, a deadbeat like thousands of others in Dark Meat City, starts getting violent migraines that are accompanied by strange hallucinations. Along with his good buddy Vinz, he tries to figure out what’s happening to him while threatening men in black seem determined to catch him.

Mutafukaz is a joint production of France and Japan adapting the comic strip series (bande dessinée) of the same name by Guillaume Renard, also known as Run. The comic strip was first published in 2006 and ran until the release of its final chapter in 2015. The film was in production for seven years, with Ankama publicly announcing the project in 2011 and first screening it at the 2017 Annecy International Animated Film Festival.