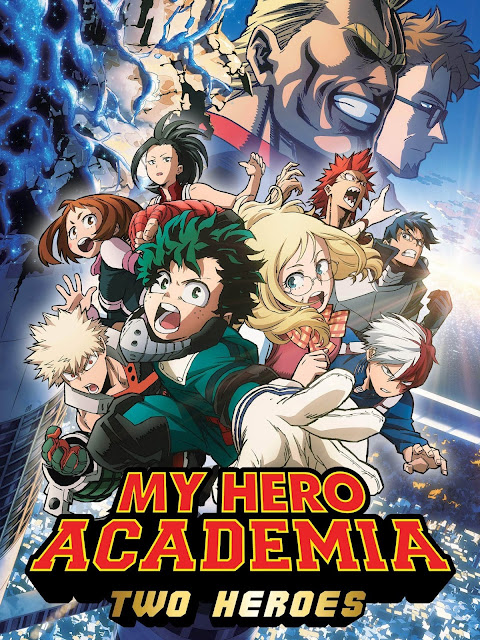 Boku no Hero Academia the Movie 1: Futari no Hero

U.A. High School’s students of Class 1-A have made it to summer break. Izuku Midoriya accompanies his mentor All Might to a celebratory superhero festival on I-Island, an isolated patch of land dedicated to researching Quirks and everything else associated with the hero business. Midoriya is granted the opportunity to meet All Might’s friend Dave and Dave’s daughter Melissa, two talented hero equipment engineers. He also encounters his classmates, most of whom have been given the opportunity to spend part of their summer break at the festival.

However, a mysterious squad of villains infiltrates I-Island, and it is up to Midoriya and his friends to confront them, using their developing Quirks to fight off the new enemy and uncover a treacherous plot.