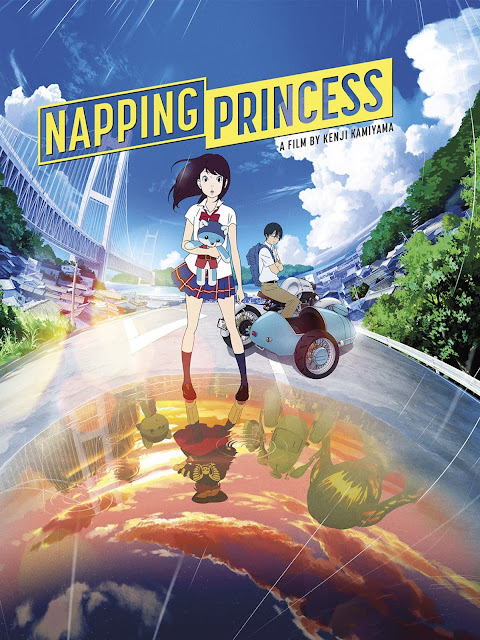 The year is 2020, three days before the opening of the Tokyo Olympics. While she should be studying for her exams, Kokone Morikawa often dozes off, entering a dream-world called Heartland full of fantastic motorized contraptions. But when her father, a talented but mysterious mechanic, is kidnapped for stealing technology from a powerful corporation, it’s up to Kokone and her childhood friend Morio to save him. Together they realize that Kokone’s dream-world holds the answers to the mystery behind the stolen tech, uncovering a trail of clues to her father’s disappearance and ultimately a surprising revelation about Kokone’s family.

Alternative Titles: Hirune Hime: Shiranai Watashi no Monogatari, Napping Princess: The Story of the Unknown Me, Ancien and the Magic Tablet, ひるね姫～知らないワタシの物語～