Home » Adventure » Naruto the Movie: Legend of the Stone of Gelel 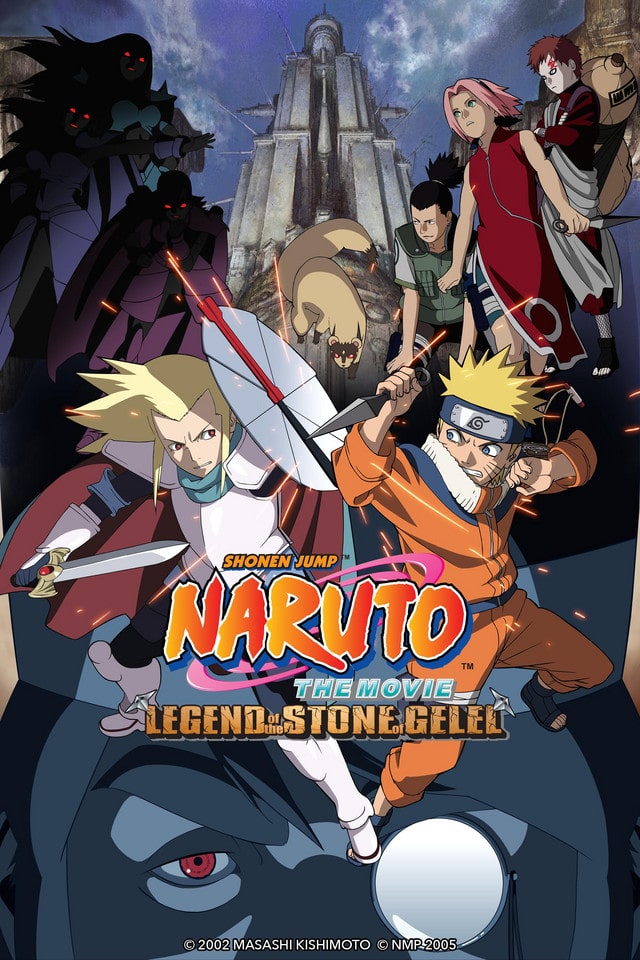 Naruto, Shikamaru and Sakura are in the middle of returning a lost ferret to its owner – the easiest mission ever. Or so they think! When a young knight, Temujin, attacks them out of nowhere, they are drawn into a fierce struggle over a treasure harboring legendary power – the Stone of Gelel. Temujin’s master wants to use the stone’s power to create a utopia, while the last of the clan who once controlled the stone wants to keep it sealed away forever. Naruto and the others, along with help from Gaara and Kankuro, must protect the stone from those who want to misuse its power.