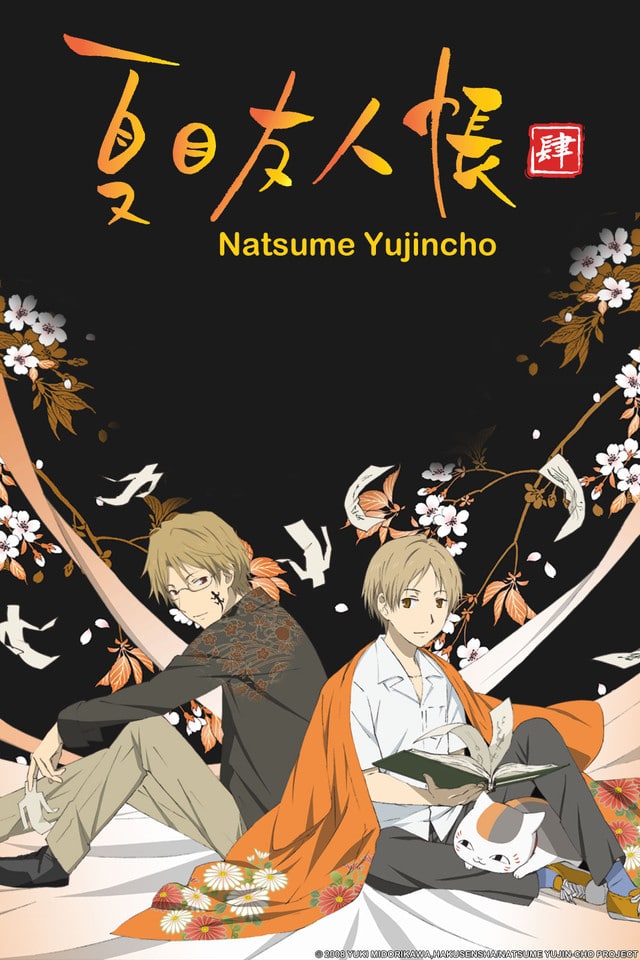 The fourth season of Natsume Yuujinchou.

Still in possession of his grandmother’s Book of Friends, Natsume spends his days returning the names of yokai to their rightful owners. He has been learning how to deal with the yokai and humans that surround his life, but the time has come for him to deal with something even more difficult — his own past, and future.

A new original animated story included on a bonus mail-order DVD eligible for readers of LaLa’s August, October and September 2013 issues. It was later aired as a special in the broadcast schedule of Natsume Yuujinchou Go on the 16.November 2016.

Hakuoki: Demon of the Fleeting Blossom - Dawn of the Shinsengumi