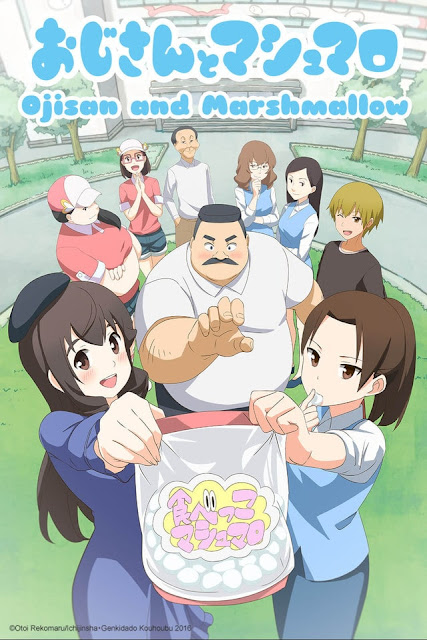 Habahiro Hige is a simple-minded older man who works an office job and is an enthusiast of Tabekko Marshmallows. His days often consist of being teased by his 24-year-old colleague Iori Wakabayashi, who uses his obsession to her advantage: from eating them in front of his face, to buying out his favorite brand from the convenience store, and even embarrassing him in front of their boss. Although her friends cannot fathom what she sees in him, she just cannot get over his marshmallow-like, fluffy frame. No matter the lengths it takes, Iori will find a way to get his attention.

Little does Habahiro know that she is trying to seduce him into a romantic relationship with her. The way to a man’s heart is through his stomach, right? At least this is what Iori would honestly like to believe. With a bag in hand, Iori continues to make him chase after her day after day, hoping that he will finally see through her attempts. Will he ever realize that their relationship can become s’more?