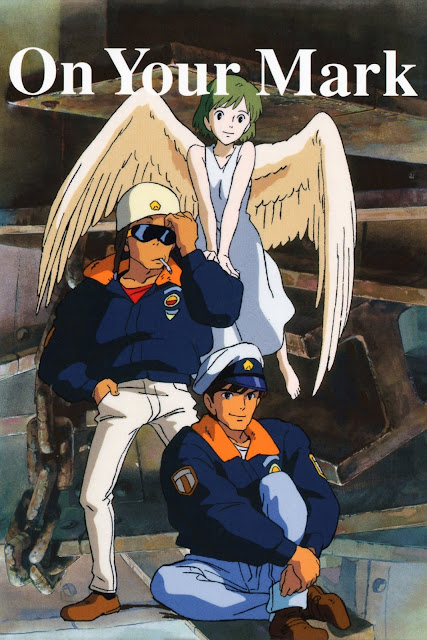 On Your Mark CHAGE & ASKA

In the future, mankind can no longer live on the ground due to intense radiation, both from the sun and from an abandoned nuclear plant. One day, a group of special police raided a religious cult compound, and after a fierce firefight two policemen found a winged mutant girl, with chains on her arms, barely alive. However, government scientists dressed in hazardous material suits immediately intervened and brought her back to a research facility. Realizing they were merely transferring her from one prison to another, those two policemen formulated a daring plan to set her free once and for all.

This is a music video created by Hayao Miyazaki for the pop music duo Chage & Aska (after whom the two police officers are modeled). It originally aired as a part of their SUPER BEST3 MISSION IMPOSSIBLE tour in June and then was later shown alongside screenings of Mimi wo Sumaseba in theaters.