Home » Action » One Piece: Episode of Alabasta – The Desert Princess and the Pirates
A-Z list 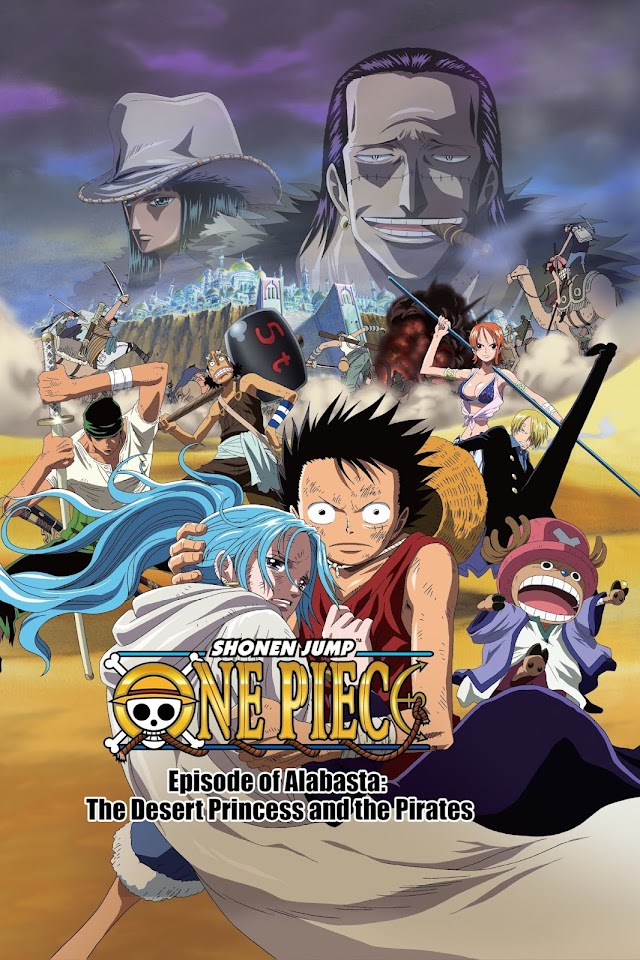 One Piece: Episode of Alabasta – The Desert Princess and the Pirates

A retelling of the Alabasta arc.

The island kingdom of Alabasta is about to erupt in a civil war – a war engineered by Crocodile, one of the Seven Warlords of the Sea, and his criminal organization Baroque Works. Monkey D. Luffy, his Straw Hat pirates, and Princess Vivi race to the island where the strongest warriors of Baroque Works wait to stop them. Can Vivi and her friends stop an entire war? And how can Luffy fight Crocodile, when Crocodile can turn into sand?