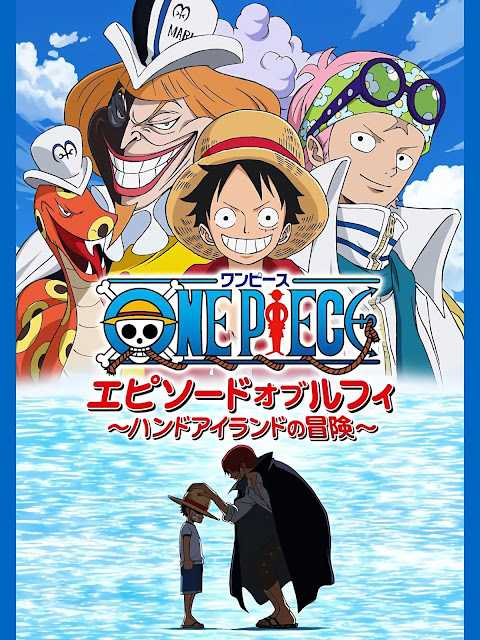 One Piece: Episode of Luffy - Hand Island no Bouken

The story of the Hand Island no Bouken special is set a little before the events of One Piece Film Z and depicts a major “Hand Island” incident during the New World storyline. The story is set at “Cannon Town” where a parent and a child work as craftspeople. The incident revolves around them and a commodore of a marine base. The special will also have a flashback scene to the story in the first chapter of the manga, but with new animation.