Home » Action » One Piece: Episode of Nami – Tears of a Navigator and the Bonds of Friends
A-Z list 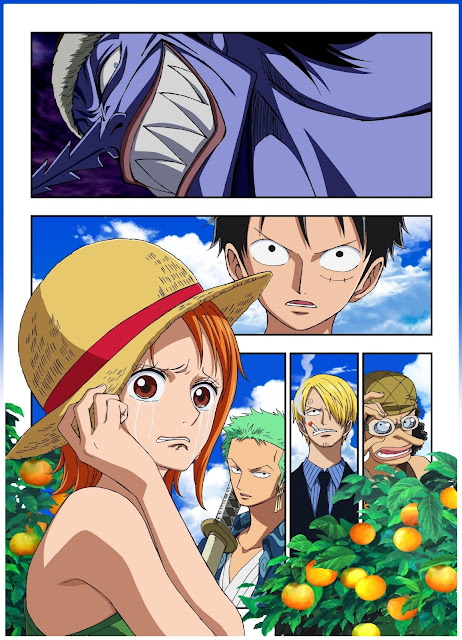 One Piece: Episode of Nami – Tears of a Navigator and the Bonds of Friends

One Piece: Episode of Nami - Koukaishi no Namida to Nakama no Kizuna

A retelling of the Arlong Park arc, with new animation.

As an abridged version of the Arlong Arc, the special follows the same general plot. Nami leaves the crew after the Baratie Arc to go back to her village. Luffy and the crew follow her, and discover that she is working for a dangerous Fish-Man pirate named Arlong. It turns out that Arlong killed Nami’s mother and has been using her genius cartography and navigating skills for the past 10 years for his own benefit; and the only way out is to pay him 100,000,000 berry, which she gets by stealing from pirates. When Luffy finds out, he and the crew defeat Arlong, proving that Nami belongs with them, and they set sail to explore the rest of the sea.

At the end of the special, it is revealed that the retelling was actually Nami herself reminiscing post-timeskip while the crew was heading for Fish-Man Island.

Alternative Titles: One Piece: Episode of Nami – Koukaishi no Namida to Nakama no Kizuna, One Piece Special, Episode of Nami: Tears of a Navigator and the Bonds of Friends, ワンピースエピソード・オブ・ナミ～航海士の涙と仲間の絆～