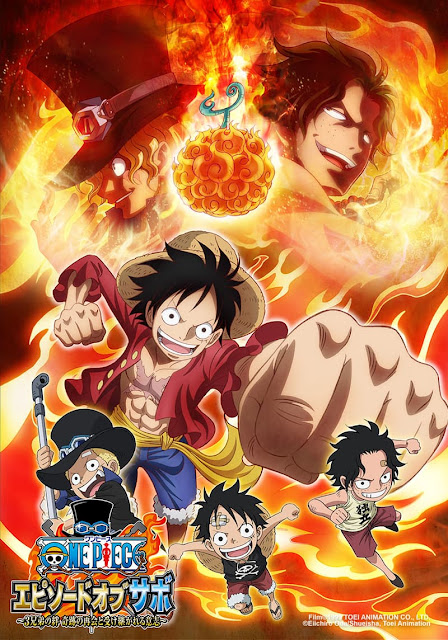 Alternative Titles: One Piece – Episode of Sabo – The Three Brothers’ Bond – The Miraculous Reunion and the Inherited Will, One Piece: Episode of Sabo – 3 Kyoudai no Kizuna Kiseki no Saikai to Uketsugareru Ishi, ワンピース エピソード オブ サボ ～３兄弟の絆 奇跡の再会と受け継がれる意志～