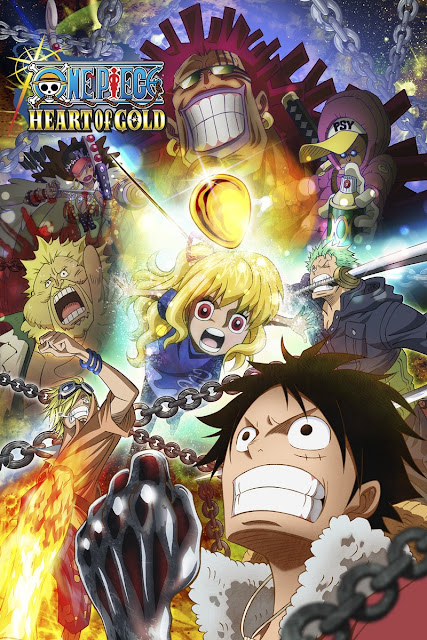 While Exploring the New World, Luffy and the members of the Straw Hats meets a mysterious girl named Olga. She is pretty on the outside but twisted and savage inside and she told them she is chased by the Navy and a powerful treasure hunter named Mad Treasure.

The reason she is targeted is because she was from Alchemi, an island of steel which suddenly disappeared two centuries ago. Rumor has it that the metal called the Pure Gold that was created on the island is worth a fortune – that you can even buy the whole world with it. Thus, people have been seeking it from long ago.

Olga managed to escape from Alchemi by accident but was caught by the Navy, and the Navy Headquarters and Mad Treasure who is working on orders from Guild Tesoro, the lord of the underground community, came to notice that there was a remaining survivor from Alchemi.

Being pushed around by the cranky Olga, Luffy decides to hunt for the treasure that everybody wants. And the mysterious girl Olga is looking to make a lot of money using Luffy and the others. The members of the Straw Hats are excited about hunting the never-seen-before treasure. Will they be able to get the legendary treasure, Pure Gold, while having the formidable treasure hunter as their opponent?