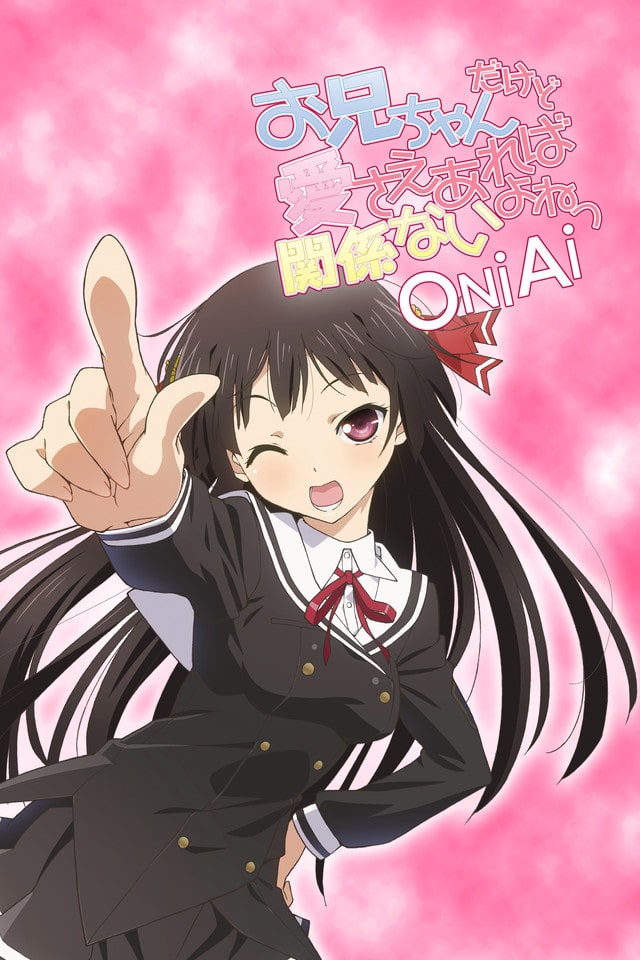 After their parents’ deaths, brother and sister Akito and Akiko Himenokouji were forced to live with separate families for six years. But now they have finally reunited and begin to live together. It quickly becomes apparent that Akiko harbors romantic feelings for her brother; however, Akito only sees her as a sibling.

When three more girls—Anastasia Nasuhara, Arashi Nikaidou, and Ginbei Haruomi Sawatari—move into their apartment, Akiko’s hopes of living alone with her brother vanish. Moreover, these girls also like Akito in one way or another, making it even more difficult for Akiko to gain her brother’s undivided attention. As the girls fight over who should take care of Akito, they display various eroticisms that may be a little too much for a normal man to handle.

Alternative Titles: Oniichan dakedo Ai sae Areba Kankeinai yo ne!, As Long as There’s Love, It Doesn’t Matter If He Is My Brother, Right?, お兄ちゃんだけど愛さえあれば関係ないよねっ