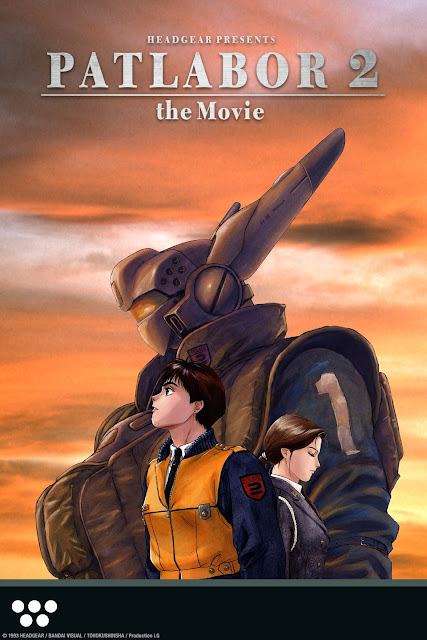 Three years after the Babylon Project conspiracy is resolved, the members of Kiichi Gotou’s Patlabor unit have gone their separate ways. Gotou remains with the Patlabor team, accompanied by Shinobu Nagumo, his romantic crush and comrade.

Playing into the public’s skepticism toward the Japanese Ground Self-Defense Force, a terrorist organization begins to work from within the military to cause destruction and mass civil unrest throughout Japan. Nagumo learns that the mastermind behind the growing terrorist plot is none other than Yukihito Tsuge, her former mentor and lover.

Gotou reassembles his former Patlabor team, spearheaded by pilot Noa Izumi. Leading the team into a mission to arrest Tsuge, Nagumo must come to terms with her complicated past relationships in order to save Japan.

Restaurant to Another World