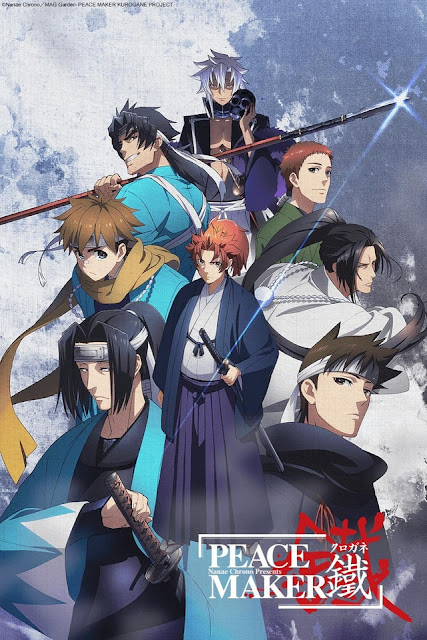 Belief
====
Though the Shinsengumi suffered great harm in the Abura no Koji Incident, they resolve themselves to carry out their loyalty to Tokugawa Yoshinobu.
Meanwhile, the Imperial Court announces the end of the Tokugawa Shogunate and Yoshinobu withdraws to Osaka.
The Shinsengumi prepares for battle and relocates their headquarters to the Fushimi Magistrate’s Office.

Keiou, Year 3—the era of great upheaval at the end of the shogunate.
During this time Ichimura Tetsunosuke, a soldier of the Shinsengumi, holds Saya, a young girl he once grew close to, in his thoughts as he tries to share his fate with his best friend, Yamazaki Susumu, and his brother, Tatsunosuke, as a fellow member of the Shinsengumi and page to its Vice Captain, Hijikata Toshizou…

Friend
====
Keiou, Year 4—The Battle of Toba-Fushimi begins between the shogunate army and the Sacchou Army.
Hijikata takes direct command on the front lines, and Yamazaki provides aid to the wounded as a field doctor.
However, the Shinsengumi is steadily driven into a harsh battle by their overwhelming disadvantage in a firefight and the betrayal of Yodo Castle siding with the Satsuma.

Meanwhile, Tetsunosuke races to buy out Saya, the girl in his thoughts, and when he learns of the Shogunate Army’s major defeat while he was away, he ponders why he joined the Shinsengumi in the first place.
Tetsunosuke recalls a conversation he had with Yamazaki shortly after he arrived at their headquarters, and he resolves to return to the squad with katana in hand, yet…
The curtain draws on a battle against an unstoppable fate.