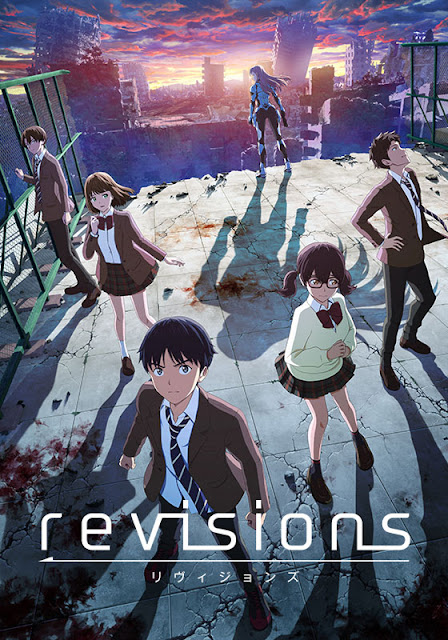 “This is a prediction. An extreme crisis will befall the five of you someday. At that time, you five will protect everyone.” Daisuke Dōjima is a second-year high school student who, as a child, was kidnapped. Daisuke, along with his friends Gai, Lū, Marimari, and Keisaku, get wrapped up in the mysterious phenomenon known as the “Shibuya Drift.” The central area of Shibuya rises up and is transported at least 300 years in the “future.” What awaits them is a vast wasteland and forest dotted with ruins. There, they will work with the future people “revisions” to operate giant mechanical monsters. Daisuke meets a girl named Milo, who has the same name as the person who kidnapped Daisuke. Milo informs Daisuke that he’s the only one who can operate the “doll weapon String Puppet” and protect Shibuya. Daisuke and his friends must take back the present by fighting the future in a town of isolation, against an unknown enemy.