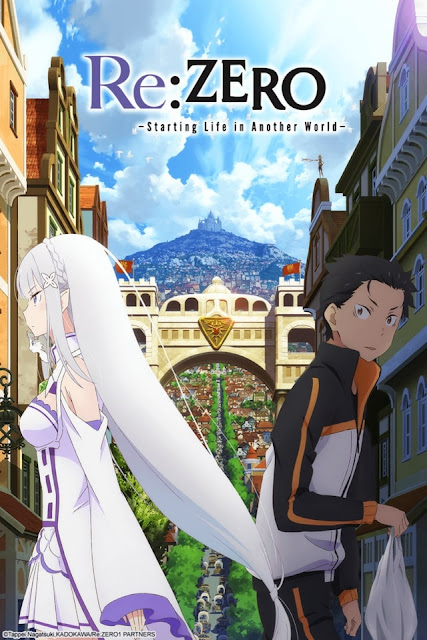 A new edition of the first season of “Re:Zero” has been announced for January 1st. It will re-cut the original anime season into 13 one-hour episodes that will lead up to the second season in April.

By dying, a powerless boy obtained the ability “Return by Death,” allowing him to go back in time upon death.

Natsuki Subaru was abruptly summoned to another world on his way home from the convenience store one night. In this new world where he had nothing and no one to turn to, the one power he gained was “Return by Death,” the ability to turn back time upon his own death. To protect those he holds dear, and to take back irreplaceable moments in time, he fights despair as he confronts his cruel fate.