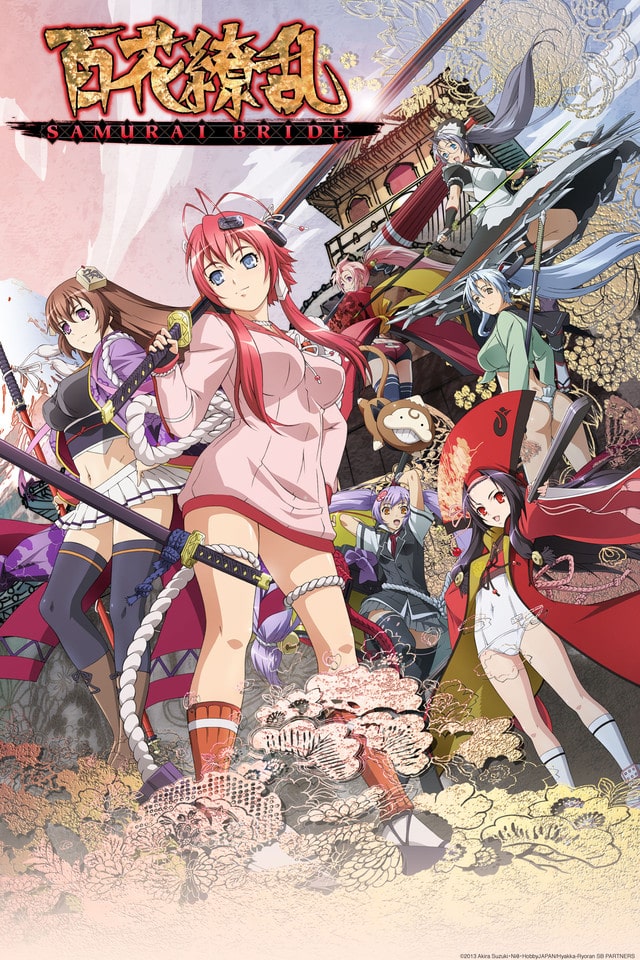 Things seemed to be going so well for Muneakira Yagyu. On top of dealing with Jubei, the immortal samurai warrior who fell out of the sky and into his arms and lips, he used his ability to awaken the latent power of a female samurai with a kiss to successfully juggle a handful of very powerful, very female master samurai, AND led them all to victory against the minion of a great evil. So was it too much to ask for a little break in the routine of saving Japan?

Apparently it was, as another great evil has appeared in the land, this one even stronger than the last. However, that’s the least of Muneakira’s problems, because with all the women he’s kissed in order to awaken their latent samurai powers, the inevitable has finally happened. Someone’s taking the long walk down the aisle with a samurai girl! It’s going to be a really old-fashioned wedding and any resistance by the groom will be totally feudal!