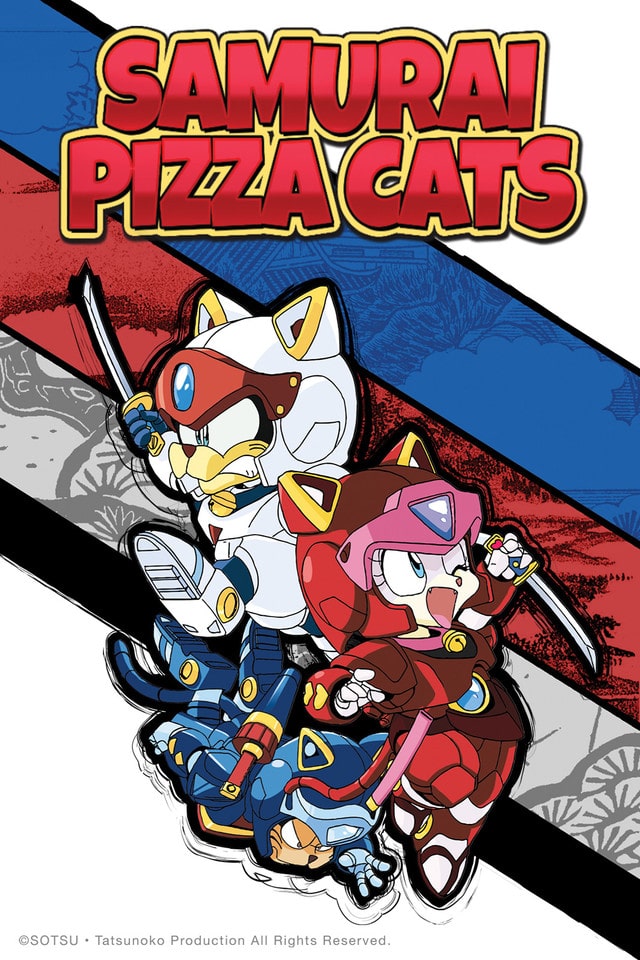 It’s felines fighting felons in this fantastic furry farce! A mixed-up city of old and new, Little Tokyo is an old-fashioned Japanese city populated by robotic animals, where samurai cats working out of a pizzeria punish packs of pugnacious pillagers all to protect the peace of the people. They’ve got their work cut out for them, for in between the speedy delivery of pizza pies, the dirty rat (quite literally) of a politician named “Big Cheese” plots to control the city, and with his reach far exceeding his grasp, he’s continually cooking up constantly crazier contrivances!

Kyattou Ninden Teyande was dubbed by Saban Entertainment under the name “Samurai Pizza Cats”, which featured an entirely new, pop-culture-heavy English script. Their licensing agreement lasted 11 years before expiring in 2002.

While all episodes (excluding the two clip shows) were dubbed, several went unaired in the United States.