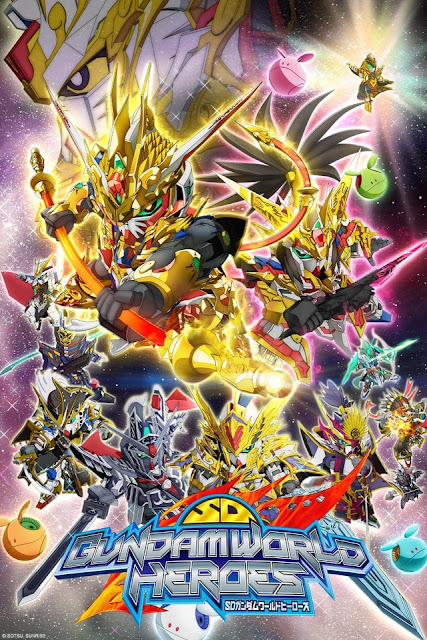 The balance of the worlds is maintained by heroes. Suddenly a red-hot meteor falls upon one of these worlds, called Neo World. An amnesiac youth named Wukong Impulse Gundam appears at the point where it landed. The chaos that starts with this incident spreads through the other worlds. At the same time, Zhuge Liang Freedom Gundam learns via astrology of an impending disaster. He and his sworn friend Liu Bei Unicorn Gundam take action to save the worlds from this crisis, and begin a journey along with Wukong. What will Wukong Impulse Gundam think as he meets the heroes of each world?