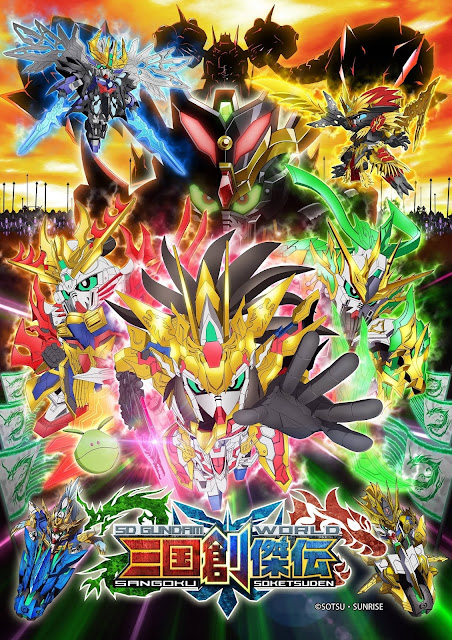 A mysterious trinity called the “Etiolation Trinity” has been spreading across the land for the past several years, and the BUGs, who lose their self of self, start attacking Mobile Suits one after the next. In order to protect themselves from the BUGs coming to attack them, the remaining Mobile Suits are forced to live inside city strongholds. However, behind the fortifications, after the death of the former lord, the lord Dong Zhuo is as domineering as can be. As if led by fate, after meeting Guan Yu Nu Gundam and Zhang Fei God Gundam, Liu Bei Unicorn Gundam resolves to save the world