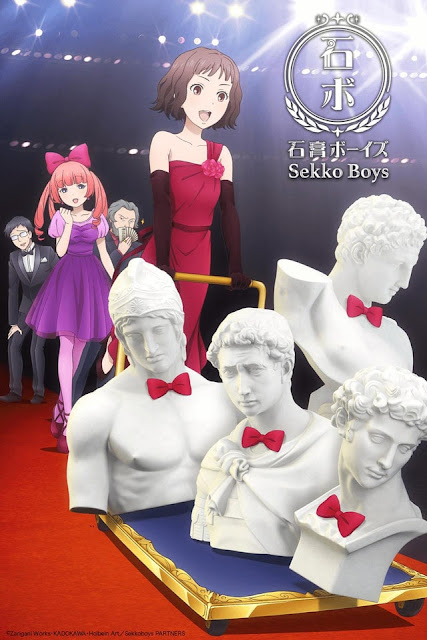 “Sekko Boys” is a four member boy band whose members are all idols, literally: the group leader Saint Giorgio, the original celebrity Medici, the multitalented Hermes and the lover Mars. However, the only catch is that they are all stone busts! The anime depicts their story of making it as a boy band with the support of their fresh-faced manager, Miki Ishimoto, who has only recently graduated from college.