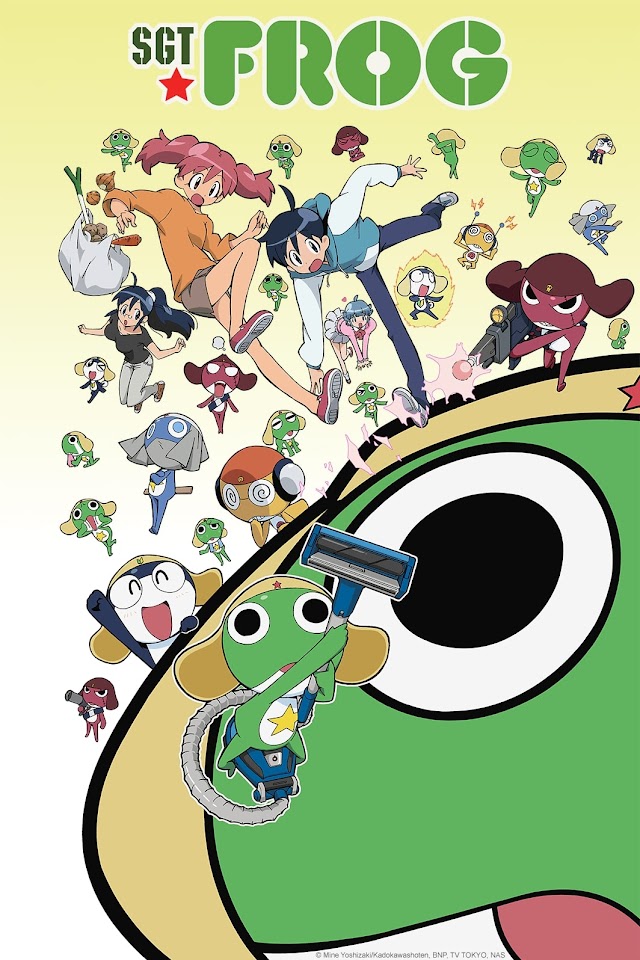 0/ 5 0 votes
Episodes:
WHERE TO WATCH
Synopsis

Keroro is Sergeant Frog – the leader of a platoon of warriors sent to conquer planet Earth. But when the amphibious invaders discovered how much humans enjoy dissecting their comrades, the troops were scattered, the mission was aborted, and Keroro was abandoned. Now, this once proud soldier spends more time wielding a vacuum than he does the weapons of war. It’s a far cry from the glory of battle, but hey, at least he’s got his own room. And though the invasion may have slowed to a hop, Sergeant Frog still occasionally yearns to overcome his karaoke addiction and reassemble his troops.