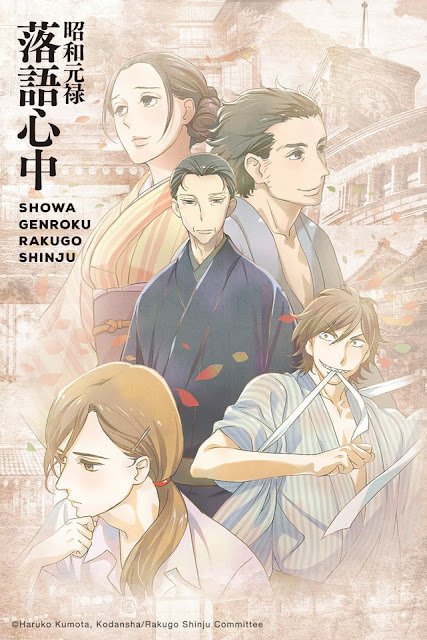 Upon his release from prison, a man seeks out the famous comedic storyteller Yakumo after falling in love with his rendition of a story called “Shinigami.” Yakumo accepts the ex-convict as his apprentice, nicknaming him “Yotaro.” As Yotaro gets acclimated to his new life, he meets Konatsu, a girl in the care of Yakumo who wants to become a performer as well, but is unable to because she is a woman.