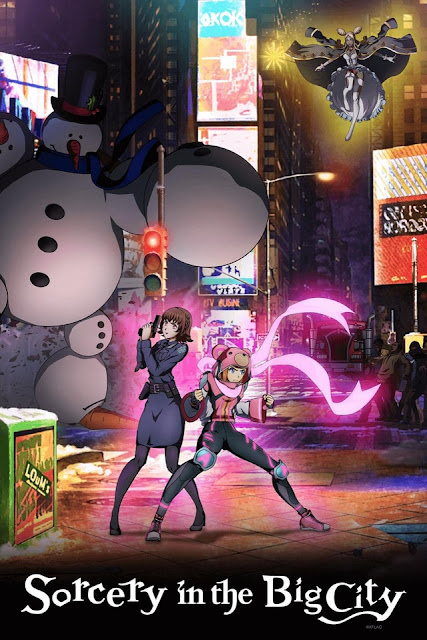 It’s the Christmas season, and Akari Kido is back in New York with her favorite teddy bear, Apple, for the first time in 15 years. Akari returns to take part in an officer exchange program with the NYPD, where her father once served, but it doesn’t take long for her to run into a tricky sorceress named Liberty.

When Liberty’s magic creates havoc on the street, a teddy bear with a familiar-sounding voice comes to Akari’s rescue. It’s Apple! But Apple’s mysterious reappearance only raises further questions. Who is Apple, really? What is Liberty doing here? And can Akari truly save Christmas?

Alternative Titles: Itazura Majo to Nemuranai Machi, Sorcery in the Big City, The Mischievous Witch and the City That Never Sleeps, いたずら魔女と眠らない街