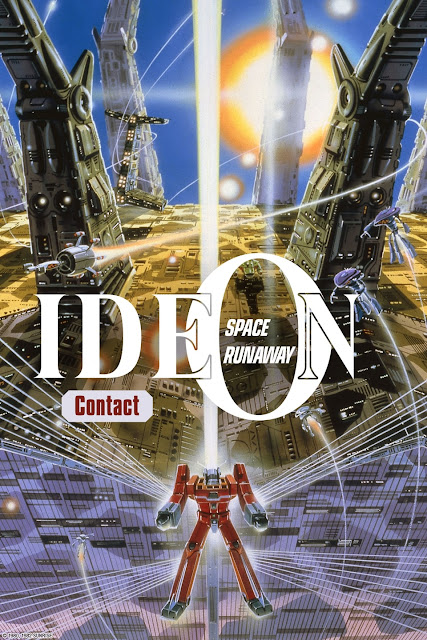 Scouring the universe in pursuit of knowledge, mankind has discovered three large trucks and a giant spaceship belonging to an extinct alien civilization on the planet Solo. During their excavation, a humanoid alien race known as the Buff Clan arrives at Solo, and Karala Ajiba—daughter of the Buff Clan’s military leader—flies down to the planet against orders. In hunting for Karala, the Buff Clan attacks and destroys the Earth settlement to bring her back.

Desperate to stave off their assaulters, earthlings Cosmo Yuuki, Kasha Imhof, and Bes Jordan board the trucks, which form into the powerful giant robot Ideon when combined. As they fight back against their enemies, the remaining survivors board the spacecraft Solo Ship and flee, while the Buff Clan relentlessly seeks Ideon and the mysterious power source contained within it.