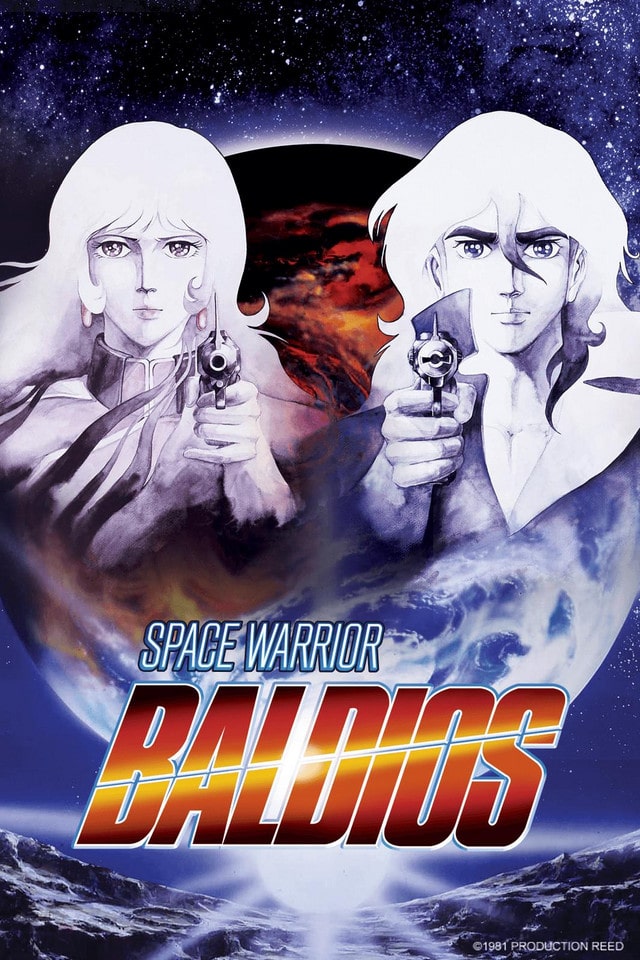 Marin Reigan lost his father and his home when Gattler staged a coup, forcing their people to abandon their dying planet and invade another. Seeking vengeance, Marin pursued. But when he saw the world they planned to invade, Marin found a new mission: to protect the untarnished skies and seas of that blue planet — Earth! The battle will not be easy. Marin’s technology is the only thing that can stand against Gattler’s forces. But the Earthlings are not quick to trust him, and the ruthless enemy commander Aphrodia is hungry for vengeance of her own. Can Marin gain the Earthlings’ trust, avenge his father, and stop the war? Part of a darker breed of super robot shows that first flourished in the late 70s, the 34-episode Space Warrior Baldios uses the clash between two desperate races to explore themes of vengeance, trust, and the darkness of war.